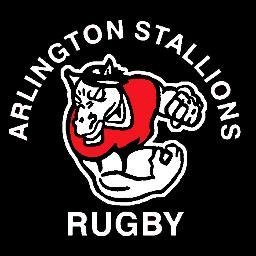 What players and parents are saying about Stallions rugby

“Joining the Arlington Stallions Rugby Club is hands down the best thing that I have ever done for my son Logan. Rugby has had a more profound impact on his overall athleticism than any other camp, clinic or sport. Of all of the organizations we have been involved with, we have never been involved with an organization that is as well run and efficient as the Stallions. We joined without knowing anyone and were instantly accepted and treated as if we were life-long friends.
— Jamie McBain, Chicago

“Although my son only played during his junior and senior years, rugby under the Stallions leadership is bar none the best team experience he has had. The Stallions organization is sportsmanship and teaching done right – for the kids and the parents.”
— Jessica Elin, Buffalo Grove

“After one season of the Stallions, my son has already decided that he loves rugby. He constantly speaks highly of the coaches and the attitude they bring to each event. They are the secret sauce here!”
— David Jehn, Arlington Heights

“Our family has been involved with the Arlington Stallions for four years, and have found this organization to be character building in a very positive way. Our son Spencer has always looked forward to practices and matches. Rugby has helped him maintain his strength and fitness throughout the year, which is a tremendous benefit for the football season. ”

“Our sons have played baseball, basketball and football in Buffalo Grove since kindergarten and rugby has become their favorite sport.
— George and Dena Hinkle, Buffalo Grove

“Start playing earlier rather than later. I promise you that you will love every minute of it. I wish I can just play one more match with my Stallions teammates.”
— Nikko Gountanis, Prospect HS, ’14

“The types of abilities, competitiveness and work ethic picked up from rugby can translate into other sports with ease.The only regret I have is not starting rugby earlier”
— Alex Matasareanu, Prospect HS, ’14

“My son Jonathan S. Toriumi started playing Rugby with the Arlington Stallions during the spring of his 8th grade, it was Love at first sight! Three years later, his commitment and love for the sport has not wavered.

At first I couldn’t understand his devotion – how could a sport you hardly know with a “non school” team become so important to this teenager so quickly? I understood it completely when I met and experienced the interactions within the team and the coaches. These boys are not only being taught the rules of Rugby, they are being challenged physically while the coaching staff nurtures their young personalities. They are being taught to be competitors with respect and integrity – they are being taught to become gentlemen.

As a parent, I couldn’t ask for a better organization for my son to be involved with – I only wish they could practice EVERYDAY!”
— Elsa M. Vazquez, Buffalo Grove

“My 5th grader Kevin was looking for a spring sport that would help him get conditioned for football season. It was suggested by his coaches that he try The Stallions Rugby Club. We did not expect that this would be one of the best sports experiences he has ever had. He started off conditioning with the Stallions on Sunday nights and my first thought was how will this kid keep up with the high school kids? But he did and the older kids were great role models. They were positive, encouraging and inspiring. The Stallions’ coaches were patient, consistent and knowledgeable. They coached the kids on the field during the games! What was to be a temporary conditioning experience has laid the groundwork for a new love. Rugby. Kevin has pushed himself as an athlete, mentally and physically with this sport. He is now a proud Arlington Stallion on the Middle School Team and looks forward to playing with this club through high school.”
— Mary Harrington Rabinak, Arlington Heights